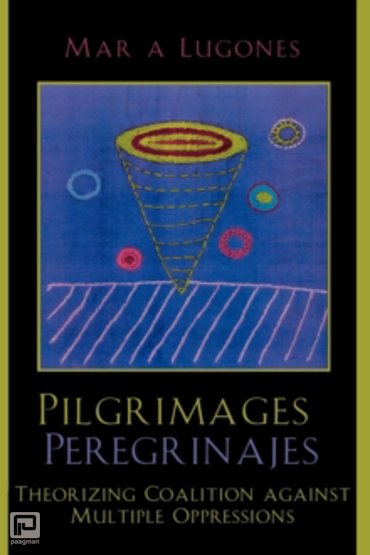 Mar'a Lugones, one of the premiere figures in feminist philosophy, has at last collected some of her most famous essays, as well as some lesser-known gems, into her first book, Pilgrimages/Peregrinajes. A deeply original essayist, Lugones writes from her own perspective as an inhabitant of a number of different 'worlds.' Born in Argentina but living for a number of years in the United States, she sees herself as neither quite a U.S. citizen, nor quite an Argentine.

An activist against the oppression of Latino/a people by the dominant U.S. culture, she is also an academic participating in the privileges of that culture. A lesbian, she experiences homophobia in both Anglo and Latino world.

A woman, she moves uneasily in the world of patriarchy. Lugones writes out of multiple and conflicting subjectivities that shape her sense of who she is, resisting the demand for a unified self in light of her necessary ambiguities. Pilgrimages/Peregrinajes explores the possibility of deep coalition with other women of color, based on 'multiple understandings of oppressions and resistances'-understandings whose logic she subjects to philosophical investigation.