A Grave Concern : The Twenty Second Chronicle of Matthew Bartholomew 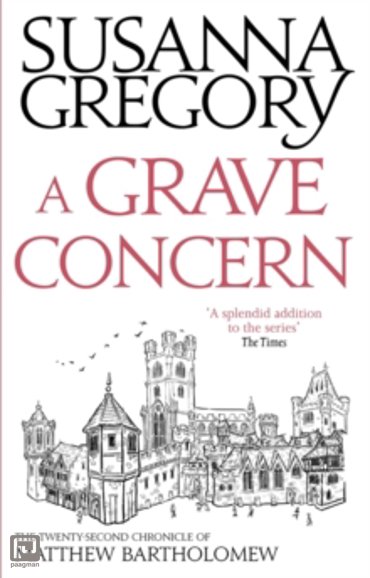 Identifying the murderer of the Chancellor of the University is not the only challenge facing physician Matthew Bartholomew. Many of his patients have been made worse by the ministrations of a 'surgeon' recently arrived from Nottingham, his sister is being rooked by the mason she has commissioned to build her husband's tomb, and his friend, Brother Michael, has been offered a Bishopric which will cause him to leave Cambridge. Brother Michael, keen to leave the University in good order, is determined that the new Chancellor will be a man of his choosing.

The number of contenders putting themselves forward for election threatens to get out of control, then more deaths in mysterious circumstances make it appear that someone is taking extreme measures to manipulate the competition. With passions running high and a bold killer at large, both Bartholomew and Brother Michael fear the very future of the University is at stake.