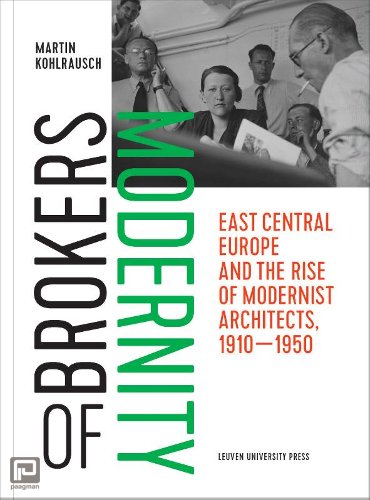 East Central Europe and the Rise of Modernist Architects, 1910-1950
The first half of the twentieth century witnessed the rise of modernist architects. Brokers of Modernity reveals how East Central Europe turned into one of the pre-eminent testing grounds of the new belief system of modernism. By combining the internationalism of the CIAM organization and the modernising aspirations of the new states built after 1918, the reach of modernist architects extended far beyond their established fields. Yet, these architects paid a price when Europe’s age of extremes intensified. Mainly drawing on Polish, but also wider Central and Eastern European cases, this book delivers a pioneering study of the dynamics of modernist architects as a group, including how they became qualified, how they organized, communicated and attempted to live the modernist lifestyle themselves. In doing so, Brokers of Modernity raises questions concerning collective work in general and also invites us to examine the social role of architects today.