Memory on My Doorstep 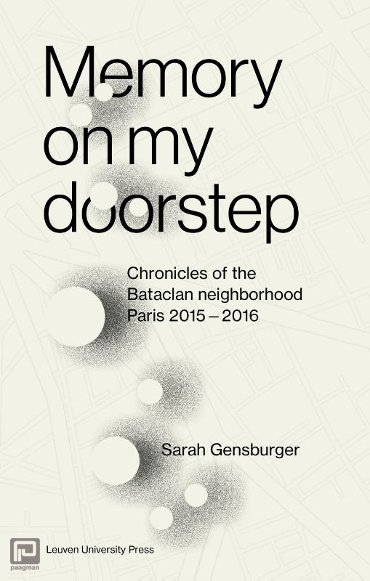 Chronicles of the Bataclan Neighborhood, Paris 2015-2016
On November 13, 2015, three gunmen opened fire in the Bataclan concert hall at 50 Boulevard Voltaire in Paris and subsequently held the venue under a three-hour siege. This was the largest in a series of coordinated terrorist attacks that eventually killed 130 people and injured 500. During the aftermath of these attacks, expressions of mourning and trauma marked and invariably transformed the urban landscape.
Sarah Gensburger, a sociologist working on social memory and its localisation, lives with her family on the Boulevard Voltaire and has been studying the city of Paris as her primary field site for several years. This time, memorialisation was taking place on her doorstep. Both a diary and an academic work, this book is a chronicle of this grassroots memorialisation process and an in-depth analysis of the way it has been embedded in the everyday lives of the author, neighbours, other Parisians and tourists.