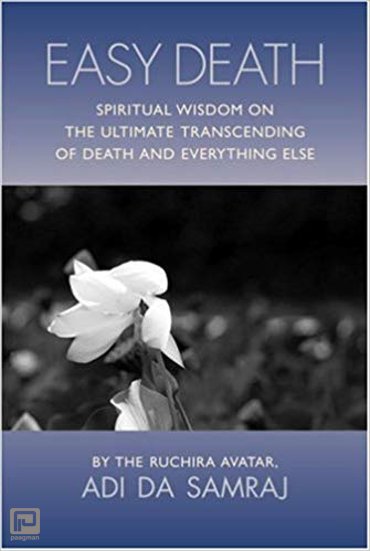 spiritual Wisdom on the Ultimate Transcending of Death and Everything
In 1983, the first edition of Easy Death appeared to wide acclaim. Many people in the professions associated with death and dying expressed their immense appreciation, and the book was hailed by death-and-dying pioneer Elizabeth Kübler-Ross as a "masterpiece". The second edition of the book was published in 1991, bringing together more of Avatar Adi Da's remarkable Wisdom about death given in the years since the first edition. As Adi Da Samraj essentially retired from active verbal Instruction in April 2000, this third edition of Easy Death stands as a summary communication of His Teaching on matters of life and death.