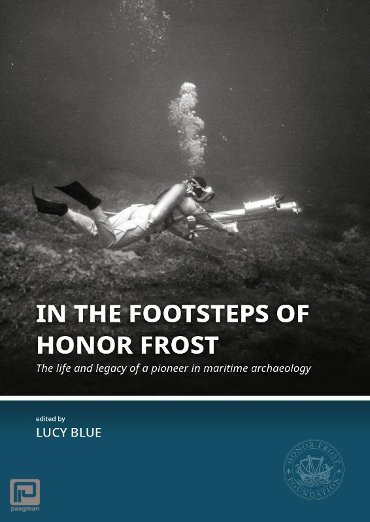 The life and legacy of a pioneer in maritime archaeology
Maritime archaeologist Honor Frost (1917-2010) was a pioneer in her field. She left a rich legacy through her innovative research conducted in the eastern Mediterranean on the remains of ports and harbours, sea-level change, shipwrecks and ship construction, and ancient anchors.
This volume provides an appreciation of Frost's work and gives a point-in-time assessment of current projects in the region that are in effect a continuity of Frost's work. As such, it provides an insight into the development of the discipline of maritime archaeology in the region from its infancy to the present day. The subjects covered include Frost's long-term research into the port infrastructures of the Levantine coast, particularly at Byblos, Tyre, Sidon, and Arwad, which heralded harbour geo-archaeology by addressing sea-level change and maritime paleo-landscapes. Also, her excavation and analysis of the ships relating to the archaeological remains of the Punic wars that she excavated from 1971 off the coast of Marsala, Sicily. This work is examined both through her underwater investigation at the time, the creation of a museum in Marsala to house the remains, and through a recent discovery in Frost's archives. Frost's survey of the lighthouse at Alexandria, on which all later work has been based, is also included. Her contribution to the establishment of research into stone anchors is examined within the context of current projects.
Two seminal articles are offered. One with respect to Frost's life before she became a maritime archaeologist: as artist and set and costume designer for ballet productions. The other one provides a detailed overview of her maritime archaeological career.


About the Editor:
Dr Lucy Blue is a leading maritime archaeologist in her field, a lecturer at the University of Southampton, Centre for Maritime Archaeology, and the Maritime Archaeological Director of the Honor Frost Foundation.
Dr Blue has research interests in harbours and maritime cultural landscapes mostly focused around the eastern Mediterranean, the Arabian Gulf and the Red Sea. Her research relating to contemporary boat construction, their operation and use has resulted in her conducting ethnographic enquiries in India, East Africa, Oman and Yemen.