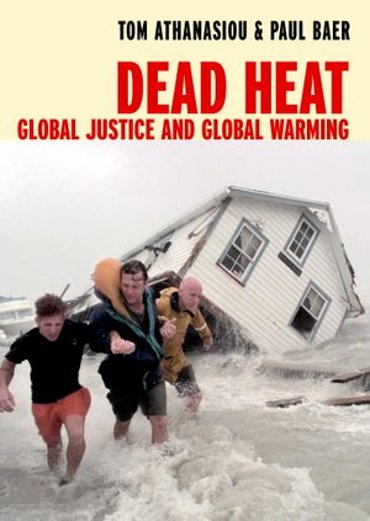 Today's "extreme weather events" (record-breaking heat waves, droughts, and melting ice caps) foreshadow an increasingly unstable and dire future. Yet, despite all, the US government continues to reject the Kyoto Protocol, to deny the catastrophic consequences of oil dependency, and to define the politics of oil as the politics of U.S. unilateralism, domination, and war.
Dead Heat argues that justice—not rhetoric and "aid" but real developmental justice for the people of developing world—is going to be necessary, and surprisingly soon. It argues, more particularly, that such a justice must involve a phased transition from the Kyoto Protocol to a new climate treaty based on equal human rights to emit greenhouse pollutants. Dead Heat makes the case for climate justice, but insists that justice and equity, for all their manifold ethical and humanitarian attractions, must also be seen as the most "realistic" of virtues. It insists, in other words, that our limited environmental space will itself show that it is the dream of a "business as usual" future that is naïve and utopian.