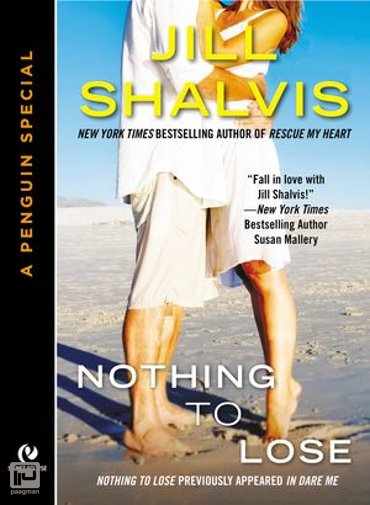 A Penguin Special from Signet Eclipse

Jill Shalvis, the New York Times bestselling author of the acclaimed Animal Magnetism series and the Lucy Harbor series now delivers a novella of high-stakes romance—about a woman ready to risk everything she has on love.

AVAILABLE DIGITALLY FOR THE FIRST TIME

Antique dealer Jade Barrett has had it better. First she’s dumped by her boyfriend after she catches him in flagrante delicto with her own bookkeeper. Then she’s not only locked out of her apartment for back rent, but discovers that someone has cleaned out her entire bank account. When she’s approached by the handsome, aggressive, and heavily armed Will Malone, Jade figures that it’s an inevitable end to a really bad day.

As luck would have it, Will’s on her side. He’s a DEA agent avenging the murder of his sister, an expert in antique jewelry—and like it or not, Jade’s an unwitting link to the crime. When Jade and Will become the targets of an unknown assassin, they have little choice but to hit the road and lay low. Now Jade wonders what other surprises are in store for her—and for this sexy stranger she’s starting to warm up to. After all, her life depends on it.

Includes a preview of Jill Shalvis’s Rumor Has It

Nothing to Lose previously appeared in Dare Me