Our Media, Not Theirs - Open Media Series 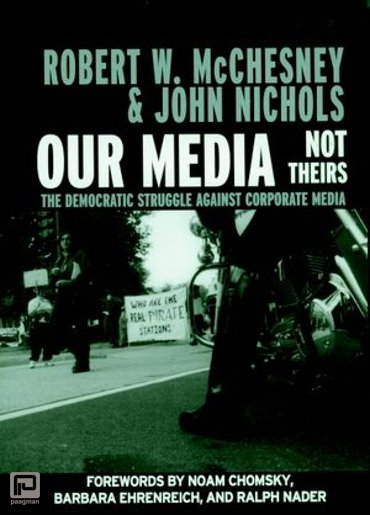 The Democratic Struggle against Corporate Media

Our Media, Not Theirs! The Democratic Struggle Against Corporate Media examines how the current media system in the United States undermines democracy, and what we can do to change it. McChesney and Nichols begin by detailing how the media system has come to be dominated by a handful of transnational conglomerates that use their immense political and economic power to saturate the population with commercial messages. Further, the authors provide an analysis of the burgeoning media reform activities in the United States, and outline ways we can structurally change the media system through coalition work and movement-building: the tools we need in order to battle for a better media.