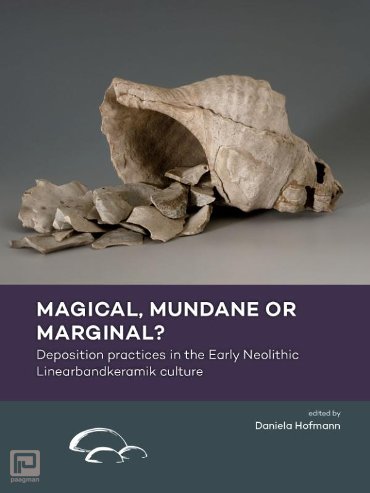 Deposition practices in the Early Neolithic Linearbandkeramik culture
This volume takes its starting point from the increasingly frequent discovery of deliberately placed deposits on Early Neolithic Linearbandkeramik sites. This includes the placement of complete and still usable tools in the ground, as well as the creation of complex abandonment layers for example in wells or the destruction of immense material wealth in enclosure ditches.

This is the kind of behaviour that archaeologists generally interpret as ritual (often using the label "structured deposition"), but it is surprisingly little discussed for the Linearbandkeramik. This volume thus addresses two main goals. First, it contributes a new approach to the study of Linearbandkeramik world view by focusing on depositional practices more generally and addressing the connections between them. How do the more striking or unusual examples of deposition articulate with routine discard, and what does this tell us about how Linearbandkeramik societies saw these objects and their use? Second, given the wealth of data available for the Linearbandkeramik, there is an opportunity to contribute to the ongoing discussion regarding the variety of depositional phenomena across the European Neolithic and their theoretical and methodological implications.

This book thus combines chapters dealing with routine discard, as well as those concerned with burial evidence, formalised deposition of objects and feasting debris. The introduction and discussion chapters draw out the wider significance of the findings presented in the individual contributions.

Contents:
Introduction: structured deposition in the LBK - is there something to talk about?
Daniela Hofmann

Tracing LBK ritual traditions: the depositions at Herxheim and their origins
Fabian Haack

Odds and end(ing)s. Aspects of deposition and ritual behaviour in the Linearbandkeramik of the Low Countries
Luc Amkreutz and Ivo van Wijk

Grave goods, refuse or the remains of rituals? Differences in the assemblages from the LBK burials of Arnoldsweiler-Ellebach
Robin Peters and Nadia Balkowski

The structure of chaos: decay and deposition in the Early Neolithic
Penny Bickle