Caught In Between Borders - Centre for Migration Law 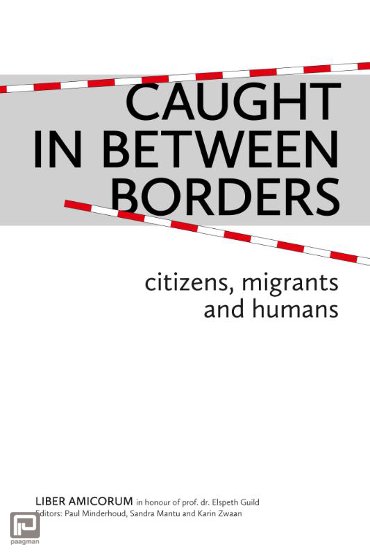 Citizens, Migrants and Humans
"Caught in between borders: citizens, migrants and humans" reflects the fact that the same individual can be a citizen, a migrant or a human being within the same borders and that this categorization can change just like that. This title captures not only the academic fascination of professor Elspeth Guild for borders but also, to a certain extent, the life of Elspeth herself.
The book contains 33 scientific contributions by (former) colleagues, PhD students and friends of Elspeth Guild, all of whom have had a special connection with the Centre for Migration Law (CMR).
The contributions are divided into five categories: borders, citizens, migrants, asylum and the global compact on migration.
They reflect the versatility of the work and interest of professor Elspeth Guild, who was professor of European Migration Law from 2001-2019 at the Faculty of Law of the Radboud University Nijmegen, the Netherlands.