Journey of the Pharaohs - The NUMA Files 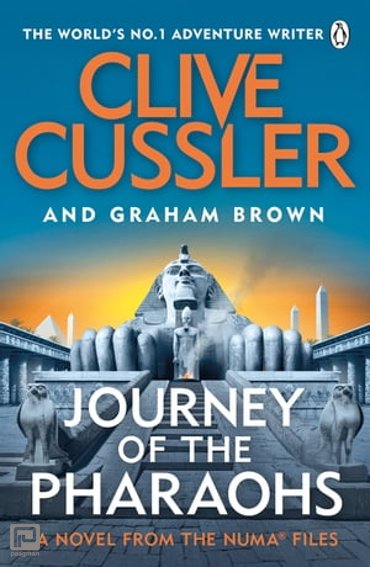 JOIN KURT AUSTIN AND THE NUMA TEAM CHASING RELIC THIEVES ROUND THE WORLD IN THE SUNDAY TIMES BESTSELLER FROM GRAND MASTER OF ADVENTURE, CLIVE CUSSLER

When Kurt Austin rescues the crew of a Scottish trawler, he finds himself trying to save them not once but twice. First, from the violent storm that dashes their vessel into jagged rocks and, second, from the deadly gunmen desperate to get their hands on its lost cargo of stolen Egyptian artefacts.

Soon Kurt - with the assistance of resourceful MI5 agent Morgan Manning - is on the hunt for the source of these artefacts. It's a journey that takes them around the world and draws the fury of the mysterious Bloodstone group - an international network of murderous individuals who'll kill anyone in their way.

But what do gunmen want with ancient loot?

'Twists that will make even hardcore adventure fans say "wow!" This is fast-paced, nonstop fun. Cussler fans will gobble it up' Kirkus

'Nobody does it better . . . nobody!' Stephen Coonts

'Just about the best in the business' New York Post