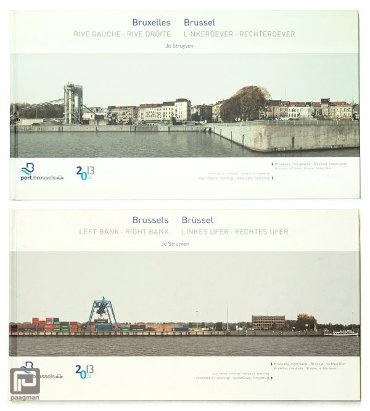 Brussel linkeroever, rechteroever
Fourteen kilometers that have been splendidly photographed by Jo Struyven. By leafing through this book, you will be able to discover the numerous faces of the Port of Brussels. From the rural spaces of Anderlecht to the industrial activity of the outer port, via the locks, the many bridges over the canal and the densely populated downtown area of Brussels. For twenty years, the port authorities, with the Brussels-capital Region's support, have been striving to modernise the port facility of Brussels and to reinforce its role for Brussels and its inhabitants. We would indeed point out that the Port of Brussels is one of the Region's most dynamic economic areas with some twelve thousand direct and indirect jobs and virtually seven million tons of goods transported by water each year.