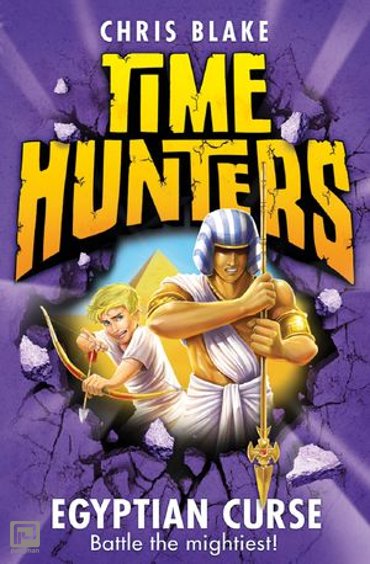 Join Tom on an incredible treasure hunt through time and battle history’s mightiest warriors. The sixth book in a new time-travelling series – perfect for fans of Beast Quest.

When ten-year-old Tom accidentally smashes a statue in a museum he releases Isis, a young Egyptian mummy who has been imprisoned for thousands of years. To break an ancient curse, the duo must travel back in time to find six hidden amulets – battling Gladiators, Knights, Greeks, Vikings, Pirates and Egyptian Warriors!

On his sixth quest, Tom goes to Ancient Egypt. He must fight alongside King Tutankhamen in a ferocious battle. Can he protect the king and find the final amulet?