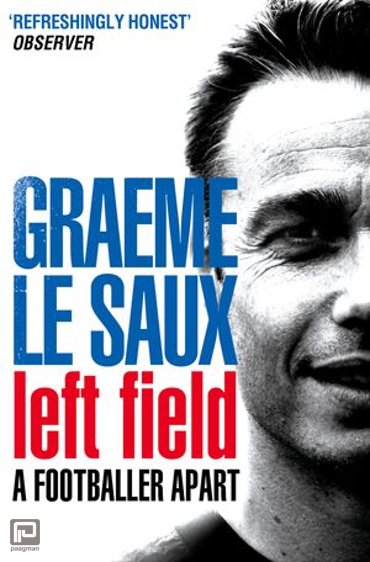 A former Southampton, Blackburn, Chelsea and England full-back, the erudite and engaging Graeme Le Saux is far removed from the archetypal British footballer. His distinctive commentary on all the major issues in football, on the pitch and beyond, promises to challenge everyone's perception of the game in this country.

Graeme Le Saux made an outstanding international debut for Terry Venables' new-look England side in a 1-0 win over Denmark at Wembley in March 1994, becoming the first Channel Islander ever to be capped for England.

After joining Chelsea direct from Jersey, where he used to spend his Saturdays on his father’s fruit and vegetable stall, his career flourished under the guidance of Kenny Dalglish at Blackburn Rovers where they won the Premiership title in 1994-95. Graeme transferred back to Chelsea in 1997 for a record fee of £5.5 million before joining Southampton in 2003. He retired as a player in 2005.

In his book, Le Saux addresses the gay slurs that dogged his career – including the infamous Robbie Fowler exposure – how he was vilified by a minority that labelled him a Guardian reader and too smart for football, and life at Stamford Bridge before Roman Abramovich millions changed the club and the game. His thoughtful manner and views on the modern game (he is now consulted for comment regularly by BBC, ITV, Sky and Channel Five) are expanded upon here, with particular focus on the huge amounts of money in top-flight football, players’ agents and the spiralling debts of countless football clubs.

As a player, Le Saux was always seen as different – someone who broke the mold, an individual with his own agenda who sought more to life than playing 90 minutes of football. His insight into the game is informed by those experiences.