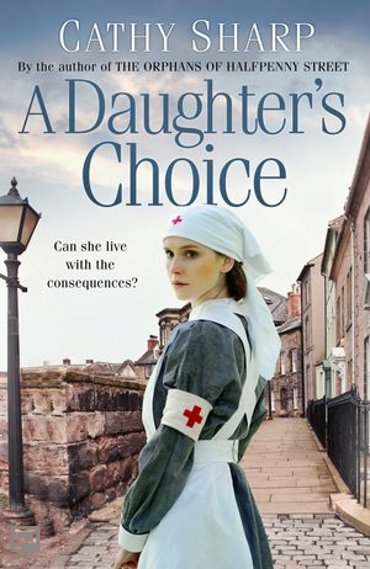 Heartache and hardship in London’s East End, from the bestselling author of The Orphans of Halfpenny Street

Kathy Cole, is a determined young woman. She refuses to stay at home with her bitter, drunken father and is instead determined to do her bit for the men in the Great War by training to be a nurse.
While in training, she meets up with a face from the past – Tom O’Rourke – now a doctor with many responsibilities. He doesn't initially take much notice of the young, innocent Kathy and she knows it’s wrong to think of Tom as anything other than a friend, especially as she's promised to Billy Ryan back home in the East End.
However, Kathy and Tom find themselves thrown together and, like so many other young couples during the war, they become closer than they should. But when the war is finally over, Kathy makes a life-changing decision about her future, believing it to be the only possible solution…with disastrous effects.