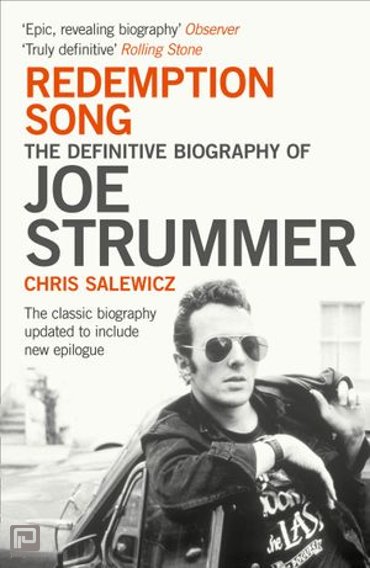 The definitive biography of Joe Strummer, released with a new epilogue to mark the 60th anniversary of his birth.

Chris Salewicz was an intimate friend of Strummer’s for over 25 years. Drawing on more than 300 interviews with family, friends and associates, this is a comprehensive, compelling insight into the man behind The Clash.

The Clash was the most influential band of its generation, producing punk anthems including ‘London Calling’, ‘White Riot’ and ‘Tommy Gun’. For countless fans across the world, they are the ultimate iconic mainstays of their generation.

With his talent, extreme good looks and laid-back attitude Joe Strummer was the driving force behind the band: he was the archetypal punk frontman. His untimely death in December 2002 shook the world to its core.

Written with full approval and co-operation of relatives, companions and fellow musicians, this is the ultimate account of one of British rock & roll’s most fascinating idols: his life, his work and his immeasurable impact on the world.

Redemption Song is the best and last word on the subject.