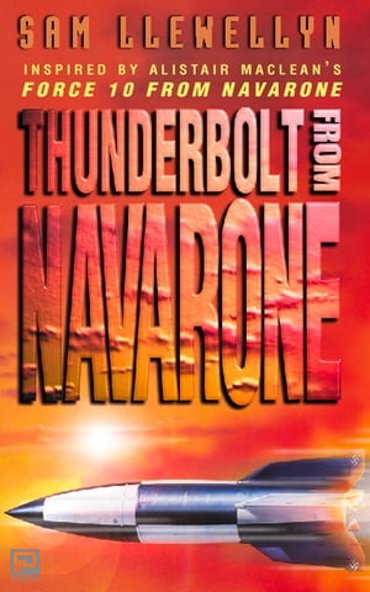 Following on in Alistair MacLean’s footsteps, Sam Llewellyn, an enthralling storyteller in his own right, has produced another riveting sequel to the classic adventures The Guns of Navarone and Force 10 From Navarone

Mallory, Andrea and Miller reunite for another enthralling adventure, following on from their escapades in The Guns of Navarone, Force 10 from Navarone, and Sam Lewellyn’s other successful sequel to MacLean’s classic war-time adventure novels, Storm Force from Navarone.

Fresh from their mission against Werwolf U-Boats, Mallory, Miller and Andrea are summoned to Naval HQ and given their new mission: to reconnoitre the Greek island of Kynthos and determine the German development of the lethal and experimental V3 rocket, and destroy any facilities. They’re given a rocket expert to accompany them – but can they trust him?

Filled with the same riveting storytelling as the originals by the master himself, this new Navarone adventure is bound to please old and new fans alike.