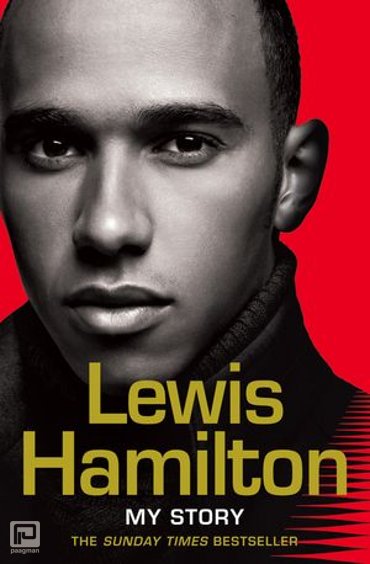 Lewis Hamilton’s explosive arrival on the Formula 1 scene has made front-page headlines. In My Story, for the first time Lewis opens up about his stunning debut season, including the gripping climax to the 2007 F1 World Championship, as well as his dad Anthony, his home life and his early years. The only book with the real story, as told by Lewis.

In his first season in F1, Lewis Hamilton has thrilled the world of motor racing. With victories in Canada, America and Hungary and Japan he led the World Drivers' Championship, right up to the last race of the season. But bare statistics alone do scant justice to the amazing impact Lewis Hamilton has had on the sporting landscape this year. My Story gives the real account from Lewis himself, as he sets the record straight about his colourful life on and off the track.

Given a grounded upbringing by his dedicated father in unremarkable Stevenage, Lewis tells about how he first tried out go-karting while on a cut-price family holiday in Ibiza. In his book he gives the real version of events at a motor sport dinner where, as a nine-year-old wearing a borrowed suit, he approached McLaren team boss Ron Dennis with the immortal words that were to change his life forever.

He rose rapidly through the Junior and Formula ranks, dominating every series with his raw speed and canny race craft. Here Lewis candidly recalls those key moments that shaped his career and went some way towards compensating for the sacrifices made by his father Anthony in getting his son to the top.

Lewis also charts how he got into the sport and was signed up by Ron Dennis, what motivates him, who are his closest friends, how he copes with the constant travelling, and the physical and mental challenges of driving a state-of-the-art Formula 1 car. He looks back in detail at the 2007 World Championship – his four race wins, the frightening crash in Germany, his rivalry with team-mate Fernando Alonso, his special relationship with Ron Dennis, and what it’s like living under the spotlight of the paparazzi – right up to the last race of the season in Brazil.