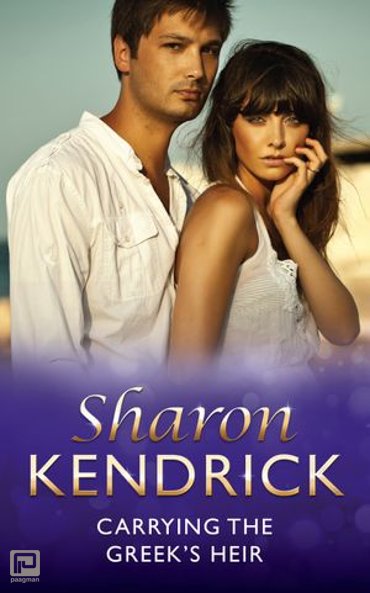 Pregnant with the billionaire’s baby!

From the moment hard-working Ellie Brooks met mogul Alek Sarantos her life started to go off the rails. First she was fired. Now she’s pregnant with the ruthless Greek’s baby!

It was only supposed to be one wild, passionate night. Yet when Ellie shows up demanding Alek legitimise their unborn child he shocks himself…and agrees to her outrageous request!

Catapulted into a world she wasn’t meant for, with a husband she shouldn’t desire, Ellie finds her resolve wavering. Until a tiny kick from within reminds her why she made a deal with this handsome devil: her baby, his heir…

The One Night with Consequences Series

When succumbing to a night of unbridled desire it’s impossible to think past the morning after! But, with the sheets barely settled, that little blue line appears on the pregnancy test and it doesn’t take long to realise that one night of white-hot passion has turned into a lifetime of consequences!

Other books in the One Night with Consequences series:

Nine Months to Redeem Him by Jennie Lucas

More stories in the One Night with Consequences series can be found at www.millsandboon.co.uk

Christmas in Da Conti’s Bed 4.5* RT Book Review
Kendrick’s romance is a war of wills between her charismatic hero and infamous, insecure heroine. Set in the lavish laps of New York and London, her mesmerizing narrative epitomizes raw powerful emotions.

The Housekeeper’s Awakening 4* RT Book Review
Kendrick writes an exciting romance. The European luxury adds relevance, the banter between the stars enlivens and the lovemaking sizzles.