A Viking Saga that's taking the world by storm!

Ailia and Soren have finally found each..." /> A Viking Saga that's taking the world by storm!

Ailia and Soren have finally found each..."> A Viking Saga that's taking the world by storm!

Ailia and Soren have finally found each..."> 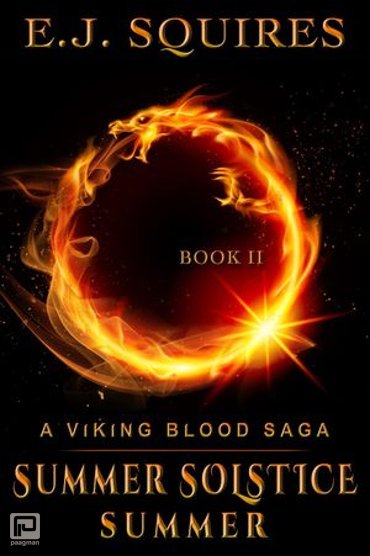 A Viking Saga that's taking the world by storm!

Ailia and Soren have finally found each other, but their war against Eiess has barely begun. Eiess has sent six legions of Surtorians after them and in order to save their lives, Soren and Ailia plan to escape to the Southlandic Kingdom with the rest of their family.
But before they leave, they discover that the Aesira Jewel—the key to returning the seasons back to normal—has been stolen by darkelves. Despite her reluctance to separate from Soren again, Ailia sails for the Southlandic Kingdom to safety while Soren chases after the thieves. What Ailia doesn’t know is that he is taken prisoner by the darkelves in another realm.
Lucia’s alliance with Eiess is proving a powerful one, and her hunger for revenge and supremacy grows stronger every day. The darkelves hand off the Aesira Jewel to Eiess, and together, Eiess and Lucia plan to unsolder it, and spread its remains across the nine realms. Unexpectedly, Lucia meets and falls in love with a Viking who is determined to give her whatever she wants, no matter the cost.
Having fulfilled his duty to Soren, the malicious, shape-shifting Nukkern purses Ailia at the command of Eiess. Posing as Soren, the Nukkern wields the most dangerous threat of all – making sure Ailia distrusts her abilities as the Great Sentinor, and that she learns that love can only mean one thing: immense suffering.

Soren must find a way to escape the realm of the darkelves and find his way back to Midgard before it’s too late. With deadly storms raging in the Southlandic Kingdom, and Ailia’s family members imprisoned by Lucia, it seems impossible for Soren and Ailia to win the war against eternal darkness.