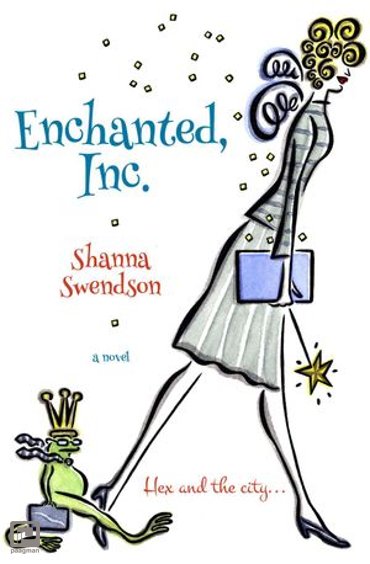 It was an offer she couldn't believe …

Small town native Katie Chandler is ready to dump New York City, her horrid boss, and awful job to head back home to Texas. Before she can make this fateful decision, she receives a mysterious job offer from a company called Magic, Spells, and Illusions, Inc. She's always thought of herself as ordinary, but according to people claiming to be wizards, she is so ordinary that she's extraordinary – she is one of the rare people so utterly without magic as to be immune to it.

And therefore perfect to be MSI Inc.'s secret weapon.

Now she's finding her way in a magical world where the boss can be a real ogre and kissing frogs is one way to get a date. The cutest guy in the company is powerful enough to blow up the city with a wave of his hand, but he can't talk to Katie without blushing furiously. Suddenly New York is her kind of city! Now Katie's biggest challenge may be dragging this ancient company into the twenty-first century in time to face competition from an evil mastermind producing dangerous spells.