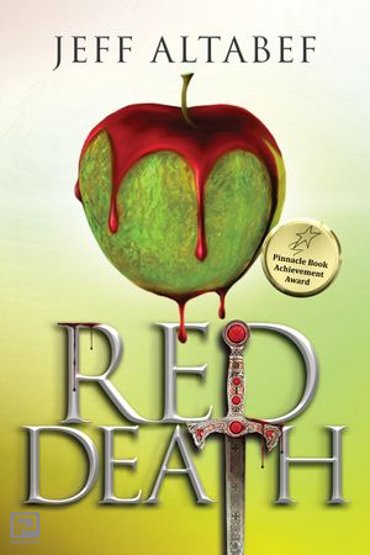 The city of Eden stands as humanity's last hope, for danger lurks outside its sturdy walls, in the land of the Soulless. There, a deadly plague called the Red Death reigns over the world, ensuring that no one lives past their early twenties.

Seventeen-year-old Aaliss graduated at the top of her class and now protects Eden as a highly trained Guardian. When her rather odd younger brother, Wilky, discovers a cure, it comes at a high cost, as the High Priest falsely brands them as traitors, and Aaliss must do what she never expected—run.

Forced to flee the only home they've ever known, they plunge into the land of the Soulless. Captured in the wild new world, Aaliss strikes a deal with the surprisingly charming Prince Eamon—the cure, in exchange for her freedom. Together they search for the ingredients to the cure in a desperate race against time to save the Prince's brother's life.

Aaliss is eager to return home and seek revenge against the High Priest, but when her feelings for Prince Eamon tug her deeper into the world of the Soulless, she questions everything she once believed. Are the Soulless so bad? Will she and Wilky fall victim to the Red Death? Or... might Aaliss finally discover, against all odds, what her heart has yearned for all along?

EVOLVED PUBLISHING PRESENTS the first book in the "Red Death" series of epic fantasy adventures, brought to by the multiple award-winning co-author of the "Chosen" series of YA fantasy thrillers. [DRM-Free]