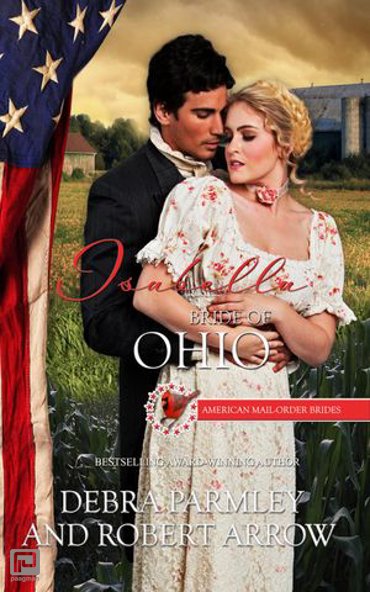 Isabella: Bride of Ohio, by Debra Parmley and Robert Arrow, is book 17 in the unique 50-book American Mail-Order Brides series.

Isabella, newly arrived in America from Sweden, first loses her parents and then her job at the factory after it burns down. Nothing in America seems to last but she hopes her mail order bride marriage to the handsome and wealthy Donald Jenks will. Donald’s letters from Ohio describe Isabella’s dream home, away from the city and he sounds as if he would be the perfect husband. But as her grandmother always said, trouble comes in threes and there is danger standing between her and her happy ever after with her true love.

Tom, a Pinkerton agent, who is on the case of disappearing women, is traveling on the same train as Isabella when she is selected by white slavers to be the next female victim to be abducted. Will he save her in time?

Will Isabella reach Ohio safely, marry Donald and have the happy ever after she has always dreamed of? And is Donald the man Isabella is meant to marry? Why would such a handsome and successful businessman have to send away for a mail order bride when he could have his pick of the young ladies near Yellow Springs, Ohio?