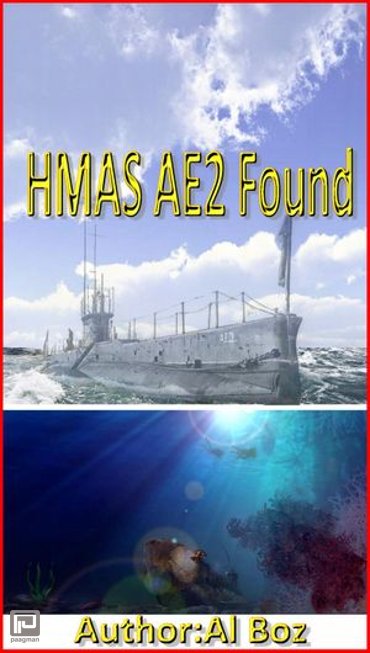 You may not be an avid WW1 history buff or you may not fallow my other books on Amazon so I am obligated to give you some prior info first. HMAS AE2 was a very special Submarine who sunken by a Turkish Torpedo ship, crew was to become POW's for years but I have other books telling the story of the crew ;mostly British officers and some Australians. This little eBook is an update on the latest status of this Australian Submarine, it is found!. I like to take the opportunity to give you inside information on the location and other stats on HMAS Ae2. I hope you find it as exciting as I did, a legend in deep water[80m]

HMAS AE2, [Note 1] A E-class submarine belonging to the Royal Navy of the Australian Navy . Construction by Vickers Armstrong was begun on 18 June 1913 at Barrow-in-Furness and construction completed on 28 February 1914. together