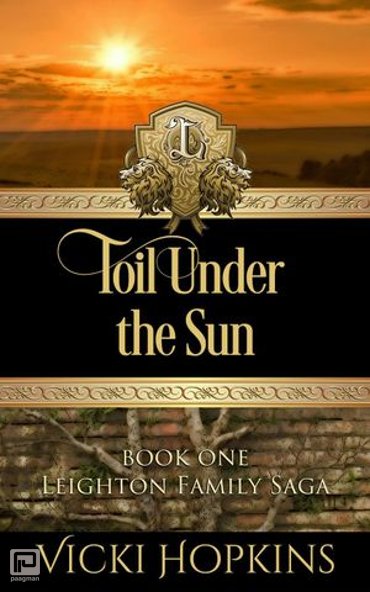 Described as hell on earth, Manchester in 1866 was the hub of industrialization in England. Its chimneys rose high above the landscape, spewing out smoke from the factories. While men, women, and children spun cotton in the mills, bricklayers built the workhouses, warehouses, and terraced residences of the city. They were skilled in their craft but also experts in enforcing the rules of their union demands, hoping to escape the bondage of serfdom to gain a better life.

Born into obscurity and a descendant of men who slung mortar from their trowels as a trade, William Leighton, swore that one day he would rise above his poverty-ridden class. The means in which he chose to climb out the slums differed from his brother, who believed that violence was the only way to bring about change and close the gap between laborers and masters.

The clash of siblings in Toil Under the Sun creates the foundation of family and is the first book in a saga that spans three generations.