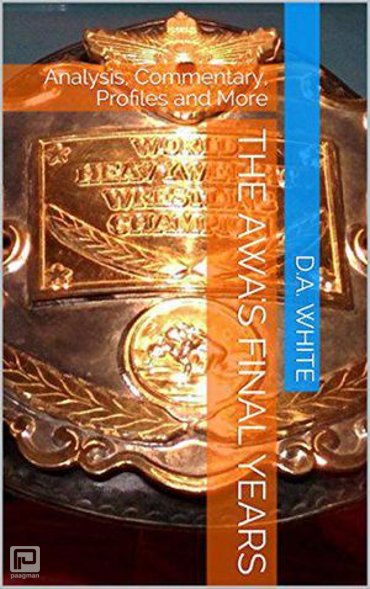 Everyone needs an escape and what could be better than professional wrestling? The AWA has always held a special place in my entertainment world. As a six-year-old in 1981 I watched every possible minute of "All-Star Wrestling" that I possibly could. When ESPN began televising the AWA in 1985 I was thrilled. I could then watch the weekend shows and the ESPN ones. I was an AWA fan from the second I saw it until the last time I saw a show from the Rochester Mayo Civic Center on ESPN. When the internet began to explode on to the scene I found that I could re-live the fun and sometimes silly action. As more and more AWA fans got online the amount of information increased tremendously. At the same time that message boards and fan websites started to pop up Kayfabe came to it's complete and final end. There had been no secret for quite some time that wrestling was a "work" and not a "shoot". But there had always been an agreement that promotions would always hide it just enough and fans would buy-in. Well, in the late 1990's the last of the Kayfabe world collapsed. This meant that former wrestlers and even guys still in the business would openly discuss things that had formerly been held as top-secret. Announcers and others that worked in the business were also doing these interviews, publishing books and giving very honest interviews about their time in the business.
While it was sad to see the end of Kayfabe, it also allowed for a huge amount of information, many stories and a ton of information to be told and released. When you combine this with the internet becoming a huge part of everyday life, it was a major opportunity for people. For me, it was an opportunity to explore my hobbies.
I immediately wanted to know everything I could about the American Wrestling Association. As I read everything I could find and watched everything I could watch my interest grew even higher. I then became very curious about how this incredibly successful wrestling organization essentially crashed with-in a few years. I found the reasons it went downhill and the process to be fascinating. So what better place to start than at the end?
If you are a fan of professional wrestling and especially a fan of the AWA, you'll love this book. Take a look at the different AWA cards and read commentary on a variety of aspects involving the AWA. You'll also find links to some matches and wrestler profiles. Enjoy this trip down memory lane and make an escape back to 1987-1991 and enjoy the action!