Caught Between Two Men - Lust On The High Seas 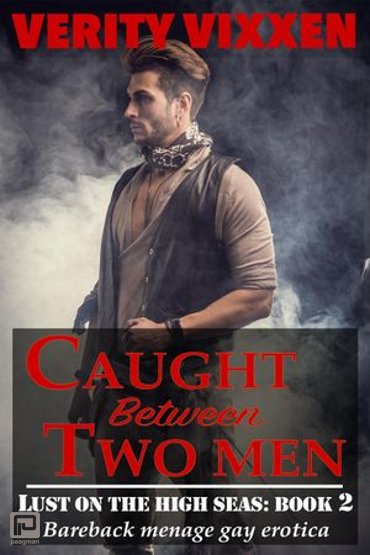 Nineteen-year-old Will Sharpe has been given a job as a cabin boy, joining the crew of The Howling Whore. He hopes for a life of adventure and danger, and to build his kindling romance with the beautiful, golden-haired Jon Dark. But after a night of lust with the Captain, Will finds himself in a terrible position, caught between the man who has stolen his heart, and the man who has taken his body. Worse yet, the crew knows about his dalliance, and are eyeing off the fresh meat.