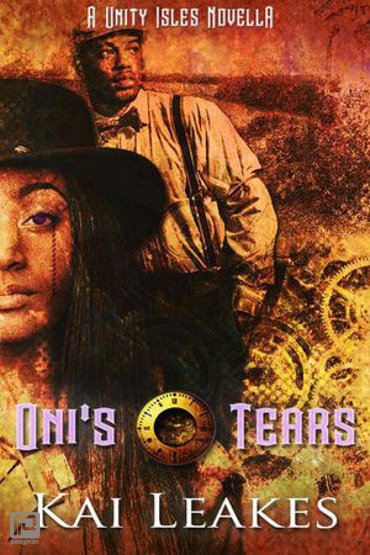 He is the eater of magic. The taker of souls. An entity who wants lands to turn to dusk. The skies to turn obsidian and to rule the world through the slaughter of the paragons.

Since childhood 20-year-old Olivia Oni Lovejoy has trained with her family to keep magic in the world safe from the Big Juju Man. However, a close loss has sped up her succession as the Orisha Oya's paragon and brought with it nothing but melancholy to her soul. When the Juju Man's minions, the Ajogan descend on Alton, Illinois bringing destruction, it's the loving wisdom of Oni's father and a well-timed introduction of Midnight Horn, that leads her on an adventure against evil.

As Oni's tears fall, in another world, a doting grandmother tells Oni and Midnight's journey as Paragons, in this exciting and haunting fantasy in a steampunk/funk driven world & foundation of a magic distant town.First novella of the Unity Isles Tales written by Award Nominated pararomance, horror and fantasy author Kai Leakes.