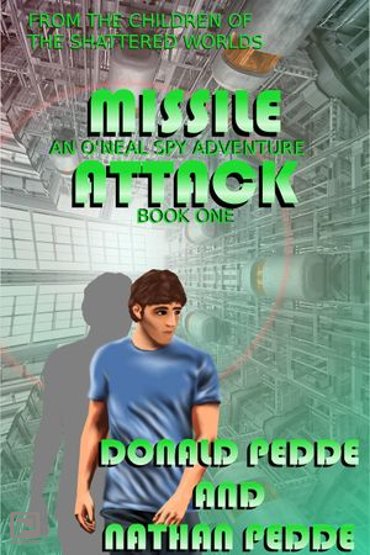 On a Colony Station that orbits the planet Jupiter. A saboteur is bent on destruction. A young boy might be the only one able to save them all.

Des O'Neal is an ordinary boy that lives with his uncle and older brother. The threat of constant attacks and the destruction of his home is a daily occurrence. Threats that must be endured and survived. Then everything changes and not for the better.

Des finds himself ejected from his normal life and thrust into a world filled with spies and turmoil. To save himself and those closest to him, he must excel in this new world of espionage. He has to overcome his unknown enemy that lurks in the shadows with the intent of sabotage and destruction. An enemy that may know who he is and who his friends are.

In times of war, it is often the youth of the age that must step up and fill adult roles. Will Des defeat the enemy saboteur? Or will the station be a victim of the Missile Attack?

If you like science fiction stories about espionage, overcoming obstacles, and mysteries. Then you will enjoy the action-packed, race against time serial written by the father-son team, Nathan, and Donald Pedde.

Grab a copy of "Missile Attack" today and get in on the action.