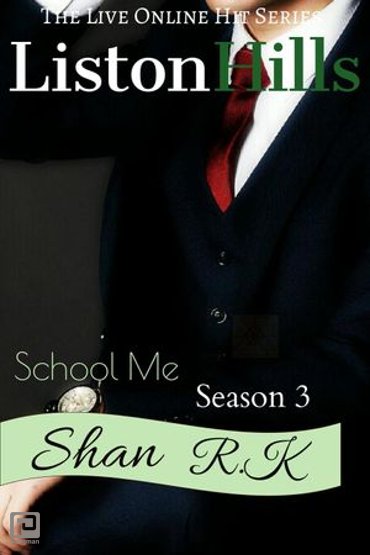 THE ELITES ARE BACK IN THE THIRD SEASON OF LISTON HILLS

Sabastian Delroy is my curse, but why can't I stop loving him

Secrets have a way of shedding light to an unanswered question. But, some secrets, they stir up a mountain of problems.

Sabastian Delroy might be getting soft, when he gets a threathening call from a stranger.

or was it his past saying hello?

Dainy takes a trip with Kylie Bray, but things don't go according to plan. Ms. Bray's intentions might not be as noble as Dainy thought. Watch out sweet Dainy, playing with a sinner might just get you a ticket to hell.

Lizzy gets closer to finding out who killed her father, and comes face to face with Mason Bray. Becareful new girl, a Bray is a heartbreaker.

A new romance blooms, and more secrets are revealed in the third season of School Me.

Will Dainy and Sabastian finally get back together? Or did loverboy just make a mistake that will cost him his happily ever after? Find out in School Me Season 3