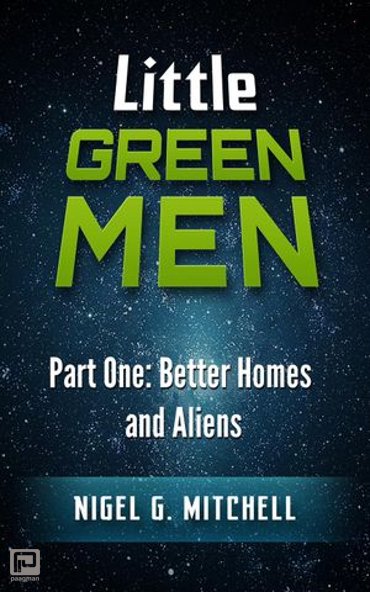 Saving the world was just the beginning...

Jeffrey Foster thought saving the world from an alien invasion would be the high point of his life. Now he just wants to find a nice place in the Galaxy to settle down. But he's unaware that the Xenon Empire plans to send its deadliest warlord to destroy the Earth. Will Jeffrey turn his back on his home world? Or will he interrupt his favorite HoloVision show to save the day? And will he ever find alien food that won't make him gag?

"Little Green Men" is a three-part series of 20,000 words each, and is the second in the "Flying Saucers" trilogy. Fans of Douglas Adams, Monty Python, and "Red Dwarf" will appreciate this new series. Download the first part today!