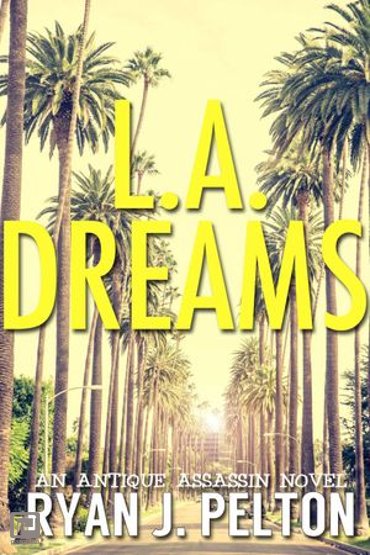 Dexter and John are back with another action-packed crime adventure when investigating a shady Russian organization in Los Angeles.

Dexter O'Kane is an antique collector turned assassin who's not on good terms with Mrs. O'Kane. When another job takes him away from the family in Missouri, and he finds himself in L.A., Dexter thinks the time away will be good for all parties.

Boy, he would be wrong.

When Dexter's friend Jake Pope asks to help find his missing father, and a Russian personal trainer potentially connected to the Russian mafia, Dexter and John are in the fight of their lives. The more they learn about the father's past, and a Russian group called Bratva, the more Dexter and John want to get home to LeClaire.

Hang on to your hats, as Dexter and John race through the busy streets of LA in search of justice, and a ticket back to Missouri. Plenty of kick-butt action, witty dialogue, and page-turning fun, when the boys from LeClaire are on the case.

L.A. Dreams is the fifth book in the popular Antique Assassin Crime series.

Books in Series (can be read in any order):