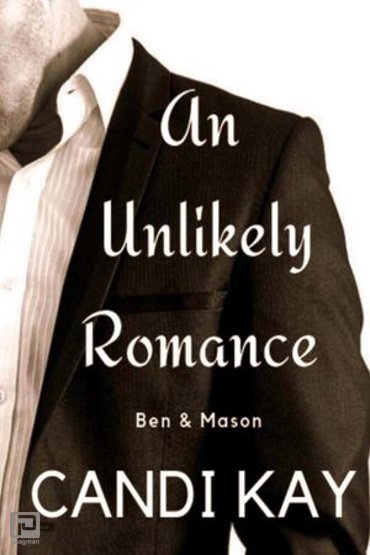 The last thing Ben and Mason want is a relationship. Both in their forties, they're content hooking up with random guys in between the demands of their jobs and family. When they meet in a bar, there's an instant attraction. It doesn't take long before they're coming up with the perfect arrangement - no names, no details, no strings. The sex is good and neither man has to worry about silly emotions getting involved.

What starts out simple becomes anything but when one of their dates ends abruptly and they forget to schedule their next meeting or even exchange info. Suddenly Ben and Mason are finding themselves wanting a lot more than anonymous sex in a cheap motel room.

Convinced they'll never see each other again, fate finds a way in the form of crazy work schedules, an upcoming wedding, and adult children who have been trying to hook up their dads for months.

An Unlikely Romance – Ben and Mason is a story about two men in their forties who find everything they want but didn't even know they were looking for. Part of the An Unlikely Romance series, it's a complete standalone with no details linking it to other books in the series. The only commonality is that all couples come together under unusual circumstances.