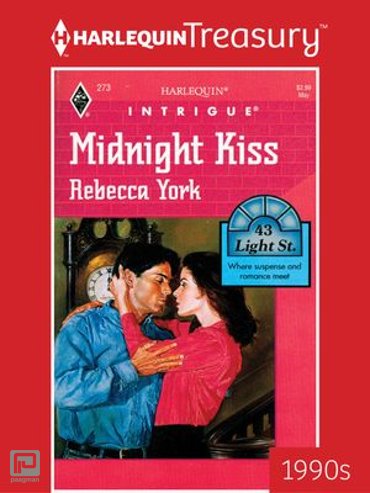 Don't Invite Him In

That's what they told you to do when you met a vampire. But Jessica Adams was powerless to resist him. His voice enveloped her like a lover's embrace, his eyes pierced her very soul.

She told herself it was just a dream. A nightmare she'd had every midnight since she started filming Midnight Kiss. Maybe it was the accidents on the set. Or because Matthew Griffon's writing was so seductive, his vampire so real.

From the moment she met the reclusive Griffon, Jessica was powerfully drawn to him. His ebony eyes, the way he hid from the public light, the dark secrets he concealed they all seemed oddly familiar.

Just who was this Matthew Griffon-creator of a character, or her midnight lover in the flesh?