In a Storm of Scandal - Irresistible Italians 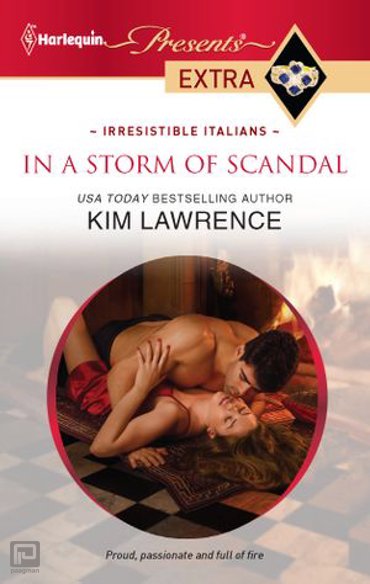 Poppy lost her heart-and her reputation-to the dangerously suave Luca Ranieri. Only to be crushed by a whirlwind of scandal when aristocratic Luca chose duty over desire.

Now Poppy finds herself stranded in her grandmother's castle by a violent storm-captive with none other than the deliciously disheveled Luca.

For three days, the tempest rages, and Poppy loses her heart to Luca all over again. But with reality comes the media frenzy. And this time, the price of scandal means Luca can't just walk away .