Lord of the Pies - A Kensington Palace Chef Mystery 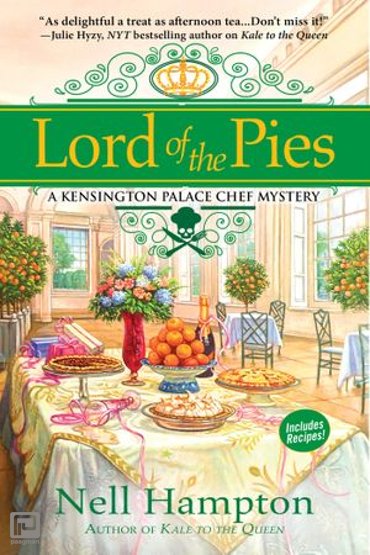 When Carrie Ann Cole bakes a lemon meringue pie to die for that actually kills someone, she must find out who the real killer is before her time at the Kensington Palace expires.

The elegant Orangery at Kensington Palace is the perfect setting for the bridal shower of Carrie Ann Cole’s best friend’s sister. Personal chef to the royal family, Carrie Ann’s pie theme is naturally winning. But a waiter later keels over dead into the lemon meringue pie she leaves as a thank-you to the staff and Carrie Ann realizes that somebody slipped a mickey into that meringue.

Her floury fingerprints are all over that pie and the authorities suspect her distress is a cover-up for murder. Carrie Ann must set out to clear her name if she wants to stay at her dream job any longer. But all too soon, another body drops in the Orangery. This time, it’s the Orangery chef.

Murder won’t crimp her style, and as bodies pile up, Carrie Ann uncovers palace intrigue, London nightlife, and British pies scouring for the killer in Lord of the Pies, the witty follow-up to Nell Hampton’s Kale to the Queen.