Desperado Lawman - Men of the Double B Ranch 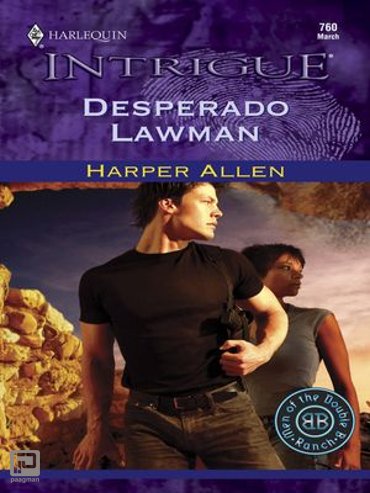 Tess Smith was bolder than the broncs Virgil Connor tamed as a boy at the Double B Ranch, where he’d been sent for breaking the law one too many times. Heck, the FBI agent still couldn’t believe the sassy tabloid reporter had kidnapped him at gunpoint. She claimed she was protecting runaway child witness, Joey Begand, who swore someone in the Bureau wanted him dead. And when two goons posing as agents tried to mow them down, Connor had to admit they might be right. He knew there was only one place where they could buy time so he could sort out this mess-the Double B. But first he had to earn his captor’s trust, even if it meant seducing Tess into submission and losing his desperado heart forever.