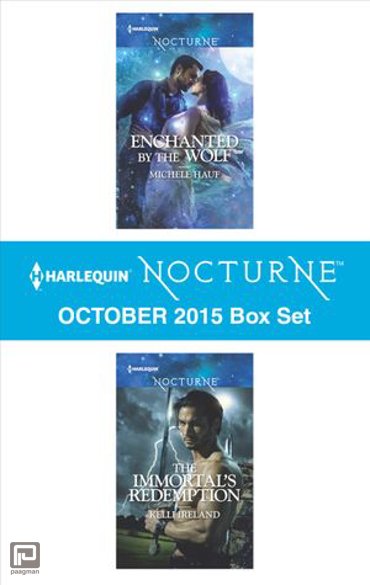 Do you harbor passionate otherworldly desires where the normal and paranormal collide? Let Harlequin® Nocturne bring you into dark and dangerous territory where your senses will be awakened.

ENCHANTED BY THE WOLF
by Michele Hauf

Kirnan Savauterre’s loyalty to his werewolf pack is absolute—which is the only reason he agrees to an arranged marriage. But a marriage borne out of duty soon takes on a whole new spin. For Kir discovers his bride is an utterly enticing mystery. Beatrice is half-faery, maybe a little bit vampire, and altogether delightful. As for Bea, she has this much in common with her new husband: she can’t resist the passion they share.

THE IMMORTAL’S REDEMPTION
by Kelli Ireland

Dylan O'Shea is the druid's assassin charged with finding the single woman who can stop an evil goddess from destruction. He's searched to find Kennedy for centuries. But Dylan finds himself inexplicably drawn to Kennedy—the woman he's ordained to kill. With Samhain fast approaching, duty and desire are on an unstoppable collision course…

Look for 2 new paranormal stories every month from Harlequin® Nocturne!