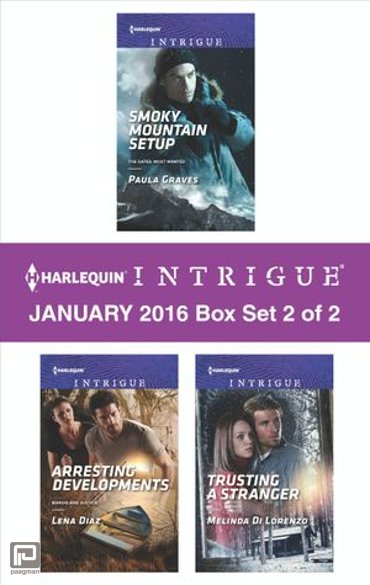 SMOKY MOUNTAIN SETUP
The Gates: Most Wanted
Paula Graves
Wrongly accused of murder, FBI agent Cade Landry he turns to his former partner—and lover—Olivia Sharp to help him find a killer…and a love that never died.

ARRESTING DEVELOPMENTS
Marshland Justice
Lena Diaz
When he is forced to crash-land his plane in the Everglades, billionaire and former navy pilot Dex Lassiter must partner with Amber Callahan to keep them both from becoming victims of a mysterious killer.

TRUSTING A STRANGER
Melinda Di Lorenzo
Wanted for murder, Graham Calloway has been in hiding for years, until he rescues a beautiful stranger, Keira Niles, from her wrecked car. For the first time he wants a future…but will the killer let him have one?