An Officer, a Baby and a Bride - The Foster Brothers 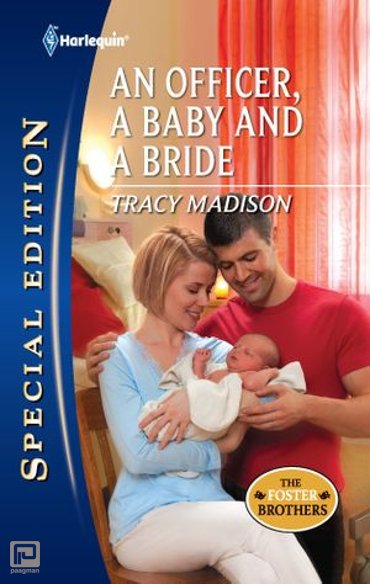 Steering clear of military men was Rebecca Carmichael's mantra. Until the night she and air force captain Seth Foster took their pen-pal relationship to the next level. But the mother-to-be never expected the sexy soldier to show up on her Portland doorstep months later with an engagement ring!

Convincing Rebecca to marry him had been his mission ever since Seth found out she was having his baby. And it wasn't easy getting the won't-budge-an-inch, terrified-of-loss woman to realize they belonged together. Well, Seth could be just as stubborn-maybe even more so. Which meant using every weapon at his command to get Rebecca to make that leap of faith and trust her future to a man who prized family above all else .