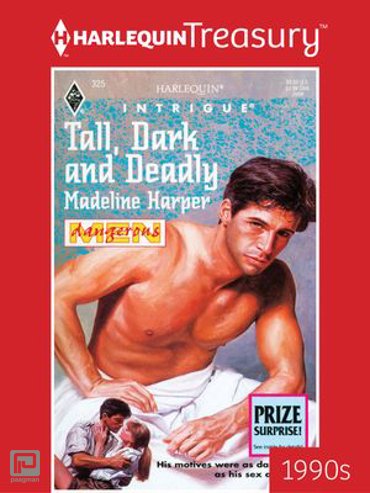 He Was Tall, Dark and Deadly

The minute Dana Baldwin laid eyes on the devastatingly handsome Alex Jourdan, she knew she was in trouble. Though she tried to avoid him-and his sizzling touch-when she was framed for murder and thrown into a backward Congo prison, Alex was the only one who dared to come to her rescue.

And She Was His Prey

Little did she know that Alex needed her more than she did him. And as long as he could keep that secret from her, Alex had her just where he wanted her. Besides, it was only for a little while at least that's what his head told him. His heart-his *body-*told him something different.