A Murder By Any Name - An Elizabethan Spy Mystery 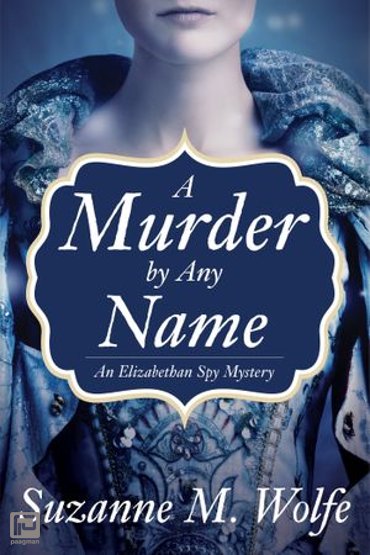 When a brutal murder threatens the sanctity of the Elizabethan court, it’s up to a hot-tempered spy to save the day.

The court of Elizabeth I is no stranger to plotting and intrigue, but the royal retinue is thrown into chaos when the Queen’s youngest and sweetest lady-in-waiting is murdered, her body left on the high altar of the Chapel Royal in Whitehall Palace. Solving the murder will require the cunning and savvy possessed by only one man. Enter Nicholas Holt, younger brother of the Earl of Blackwell—spy, rake, and owner of the infamous Black Sheep tavern in the seedy district of Bankside. Nick quickly learns that working for the Queen is a mixed blessing. Elizabeth—salty-tongued, vain, and fiercely intelligent—can, with a glance, either reward Nick with a purse of gold or have his head forcibly removed.

When a second lady-in-waiting is slain at Whitehall, the court once again reels with shock and dismay. On the trail of a diabolical killer, Nick and his faithful sidekick—an enormous Irish Wolfhound named Hector—are treading on treacherous ground, and only the killer’s head on a platter can keep them in the Queen’s good graces.