The Hostess with the Ghostess - A Haunted Guesthouse Mystery 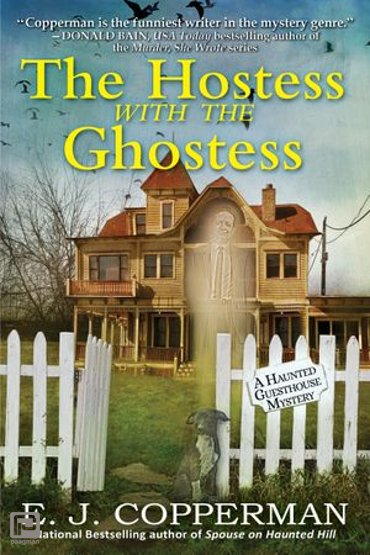 Alas, a beyond-the-grave brotherly reunion is nowhere in the foreseeable future—phantasmal Paul left the guesthouse months ago for parts unknown, and for all her ghost-whispering prowess, Alison has no idea how to find him. And she’s going to need Paul, because Richard’s isn’t the only murder still unsolved.

Richard, a lawyer in life, tells Alison that he had been working the case of a woman accused of murdering her stepfather. When Richard got too close to the truth, he was permanently silenced. Now, as Alison searches for Paul, she gets a creeping sensation that the murderer doesn’t appreciate her snooping around. If she doesn’t succeed in her hunt, she has the feeling that she’ll be the next to haunt the house.