When You Find Me 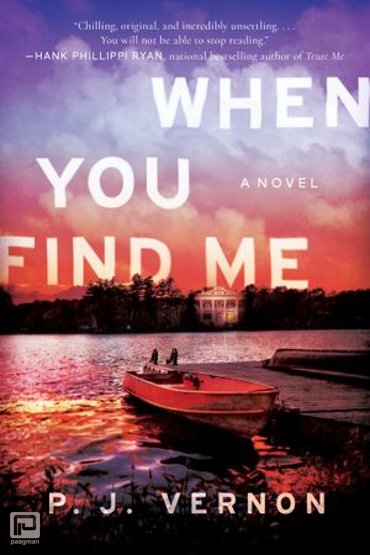 **For fans of S. J. Watson and Gillian Flynn's Sharp Objects—a chilling look at marriage and madness from a talented new voice in psychological suspense

Her husband is missing.

Visiting her family’s South Carolina estate, socialite Gray Godfrey wakes from a night out to an empty bed. Her husband Paul is gone and a thrashing hangover has wiped her memory clean. At first, she’s relieved for the break from her tumultuous marriage; perhaps Paul just needed some space. But when his car is found abandoned on the highway, Gray must face the truth: Paul is gone. And Gray may not want him found.

Her life is unraveling.

When a stranger named Annie calls claiming to know Paul’s whereabouts, Gray reluctantly accepts her help. But this ally is not what she seems: soon Annie is sending frightening messages and revealing disturbing secrets only Gray could know. As Annie’s threats escalate and Gray’s grip on reality begins to slip, the life she thought she had and the dark truth she’s been living begin to merge, leaving an unsettling question: What does Annie want? And what will she do to get it?

A chilling look at marriage, madness, and the lives we think we lead, When You Find Me is a daring debut from a talented new voice in psychological suspense.