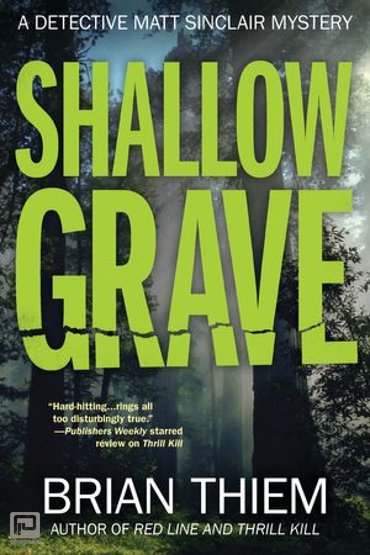 When the Oakland coroner's office uncovers a body buried in a shallow grave in the outskirts of the city, homicide sergeant Matt Sinclair expects to find a drug dealer caught in the crosshairs of a turf war. Instead, the victim is identified as Phil Roberts, the commander of the police department's intelligence unit and Sinclair's former partner.

Police brass want to pin the murder on a dead member of an outlaw motorcycle gang and they want the case closed quickly, but Sinclair and his current partner, Cathy Braddock, aren't satisfied with that answer. As Sinclair delves into the details of Roberts's past, secrets from his work and personal life come to the surface—secrets that some people will go to any length to keep buried. But Sinclair won't stop until he finds the truth, even if it means sacrificing his former partner's reputation and possibly his own career.

With Shallow Grave, Brian Thiem brings back his beloved detective for a thrilling third adventure in his acclaimed police procedural series.