No Cure for the Dead - A Florence Nightingale Mystery 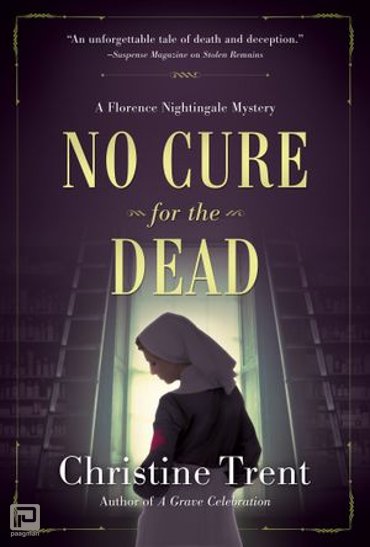 It is 1853. Lady of the Lamp Florence Nightingale has just accepted the position of Superintendent of the Establishment for Gentlewomen During Temporary Illness in London. She has hardly had time to learn the names of the nurses in her charge when she suddenly finds one of them hanging in the Establishment’s library. Her name was Nurse Bellamy.

Florence’s mettle is tested by the dual goals of preserving what little reputation her hospital has and bringing Nurse Bellamy’s killer to justice. Her efforts are met with upturned noses and wayward glances except for her close friend and advocate inside the House of Commons, Sidney Herbert. As Florence digs deeper, however, her attention turns to one of the hospital investors and suddenly, Sidney becomes reluctant to help.

With no one but herself to count on, Florence must now puzzle out what the death of an unknown, nondescript young nurse has to do with conspiracies lurking about at the highest levels of government before she’s silenced too.