Death and a Pot of Chowder - A Maine Murder Mystery 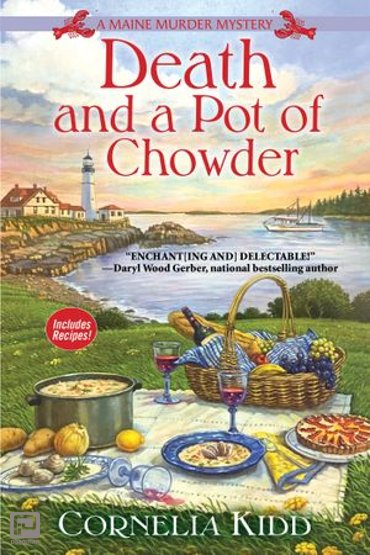 Maine’s Quarry Island has a tight-knit community that’s built on a rock-solid foundation of family, tradition and hard work. But even on this small island, where everyone knows their neighbors, there are secrets that no one would dare to whisper.

Anna Winslow, her husband Burt and their teenage son have deep roots on Quarry Island. Burt and his brother, Carl, are lobstermen, just like their father and grandfather before them. And while some things on the island never seem to change, Anna’s life is about to take some drastically unexpected turns. First, Anna discovers that she has a younger sister, Izzie Jordan. Then, on the day she drives to Portland to meet Izzie for the first time, Carl’s lobster boat is found abandoned and adrift. Later that evening, his corpse is discovered—but he didn’t drown.

Whether it was an accident or murder, Carl’s sudden death has plunged Anna’s existence into deadly waters. Despite barely knowing one another and coming from very different backgrounds, Anna and Izzie unite to find the killer. With their family in crisis, the sisters strive to uncover the secrets hidden in Quarry Island—and, perhaps, the ones buried within their own hearts.

Sure to be an intoxicating read for fans of Sarah Graves and Leslie Meier, Death and a Pot of Chowder is the first Maine Murder mystery by Cornelia Kidd.