Her Highness and the Bodyguard - The Bravo Royales 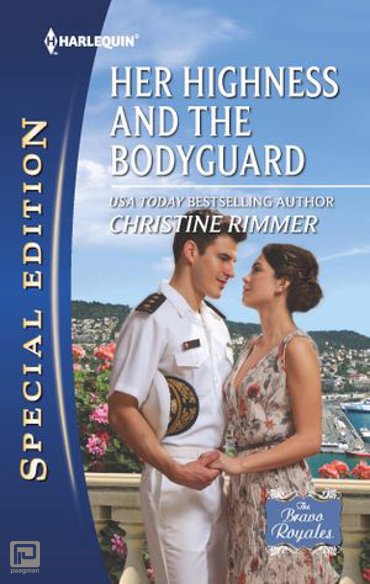 Marcus is the best man Rhia's ever known, and she's never gotten over their breakup. Now, he's practically strapped to her side. It's like a dream come true or a nightmare. Because Marcus is as stubborn as ever: she's a Bravo-Calabretti, he's a lowly security guard, and they can never be equals. Ever.

Then a breathless night that should have brought closure brings something else: a baby. Marcus insists that no child of his will grow up without its own mother and father. Well, Rhia has her own requirement: her child will be raised on love, not the dry bread of obligation. And Marcus has made it abundantly clear that his duty to Montedoro comes before everything-especially his own desires.