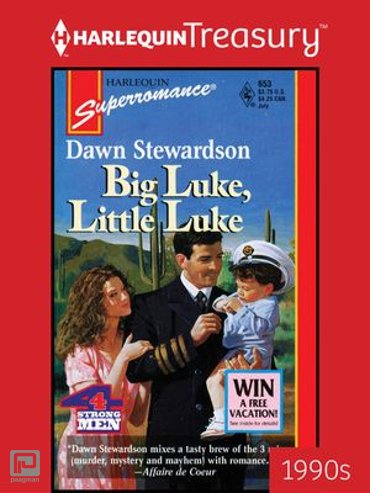 Luke Dakota-His life was sent into a tailspin the day he learned that Mike Alexander, his buddy during Desert Storm, had committed suicide, leaving behind a wife and child-a child who'd been named Luke, after him.

Caitlin Alexander-With a business in the red and a child to raise alone, Caitlin had her share of trouble. And she still couldn't believe that Mike had killed himself! Then Luke Dakota arrived on the doorstep offering to help, and he brought back feelings she thought she'd buried with her husband .

Luke soon found himself in over his head. He'd made the trip because Mike had been closer than a brother to him. But there was nothing brotherly about Luke's feelings for Cailtin!